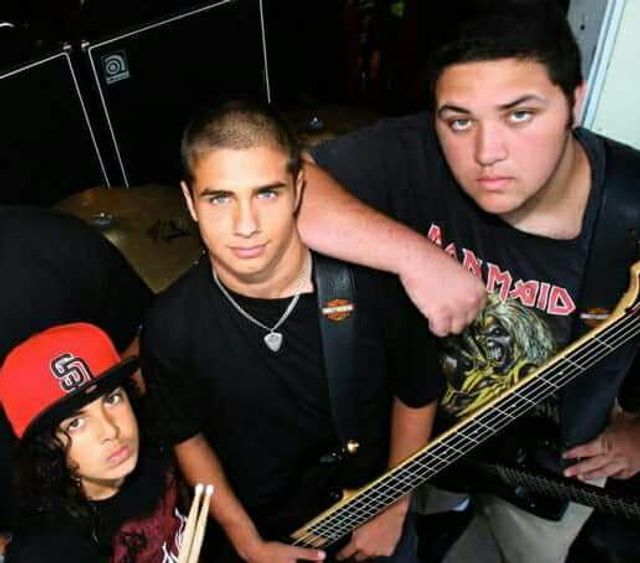 DAB had started performing in the Underground Punk scene with our original band name of INDISCRETION in 2009. Our Drummer Noah was only 11 at the time.

We were inspired to play punk shows by Erik Dogol Sr., Guitarist of Systematic Abuse, we continued to grow and bond together not just as musicians, but as brothers as well.

Steven Berry and Erik Dogol literally taught each other how to play music through adolescence. Steven's younger brother Noah took up the reigns as a quick learning drummer who now also plays for Whittier College jazz ensemble.

Music in the family doesn't stop there as our cousins, James and Jeff Berkely, are both highly regarded musicians within and around the San Diego Music scene.

Our major influence consists of anything from Rush, Pink Floyd, Black Sabbath, Tool, Metallica, System of a Down to Miles Davis, Buddy Rich, Carl Perkins, Django Reinhardt, and many many more.

Though we may not necessarily sound exactly like our influences, those are the ingredients to which we have crafted our music.

Since our very first time stepping into a recording studio, we have worked with Jeff Forrest of Doubletime Recording in El Cajon, CA.

In our 11th official year as a band, we have no intention of slowing down our growth and opportunity to make beautiful and exciting music for everybody!

Thank you everyone for all of your support!
We look forward to growing together

Steven Berry has been a gigging and practicing musician since 10 years old. Starting off as a swing singer then turning his focus to his guitar with the formation of DAB at 12 years of age.

Since that point in time Steven has been the primary songwriter for the band and the lead vocalist for a vast majority of the existence of the group itself.

He's always open to people reaching out to him via social media and in fact encourages people to reach out and ask more questions that he would be happy to discuss and answer for you.